Gen Padrino did not give any details about the mission in which the eight were freed, or of the captors who had taken them.

A group of Colombian rebels had said it was behind the abduction of the soldiers.

There have been skirmishes between the Venezuelan army and former rebels.

A group calling itself 10th Front Martín Villa said in a letter it sent to the Red Cross in May that it had seized the soldiers during clashes on 23 April in the Venezuelan state of Apure, which borders Colombia. 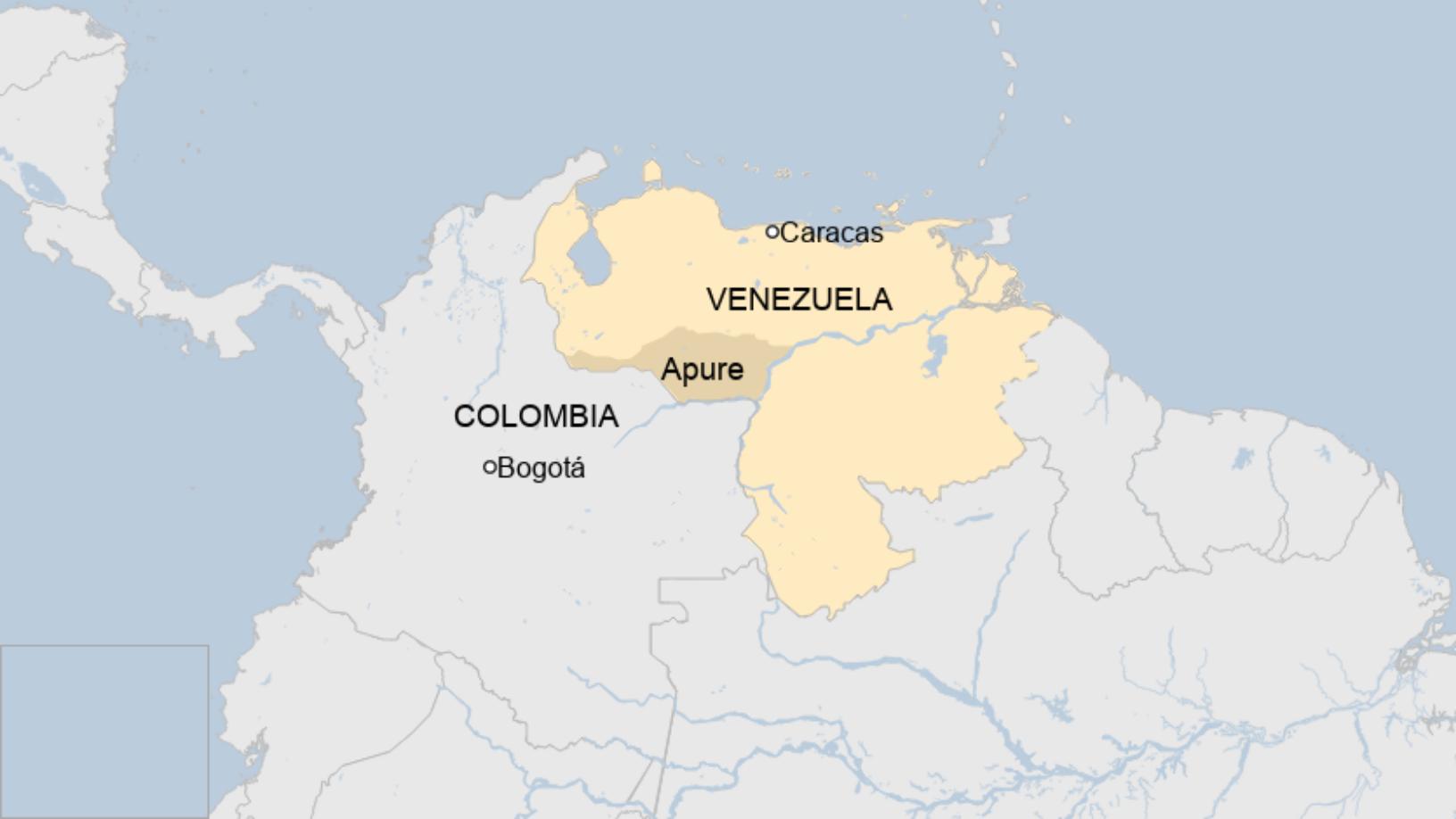 The group, which is made up of former members of the Revolutionary Armed Forces of Colombia (Farc) who did not agree with the signing of the peace deal between the Farc and the Colombian government in 2016, had said it wanted to hand over the “prisoners of war”.

It is not clear why it took another three weeks for them to go free.

In his statement, Gen Padrino said the armed forces were searching for two more soldiers but he did not give any details about their disappearance.

Venezuelan officials have been extremely tight-lipped about the skirmishes in the border region, which caused thousands of people to flee across the border to Colombia.

The violence started in March when an armed group attacked a Venezuelan army battalion in the town of La Victoria.

Gen Padrino blamed “Colombian armed irregular groups” for the attack and sent the Air Force and extra soldiers to the area.

Since the signing of the peace deal between the Farc and the Colombian government, a number of disgruntled Colombian rebels who refused to lay down their arms have reportedly moved into Venezuela where they engage in smuggling, drug trafficking and illegal gold mining.